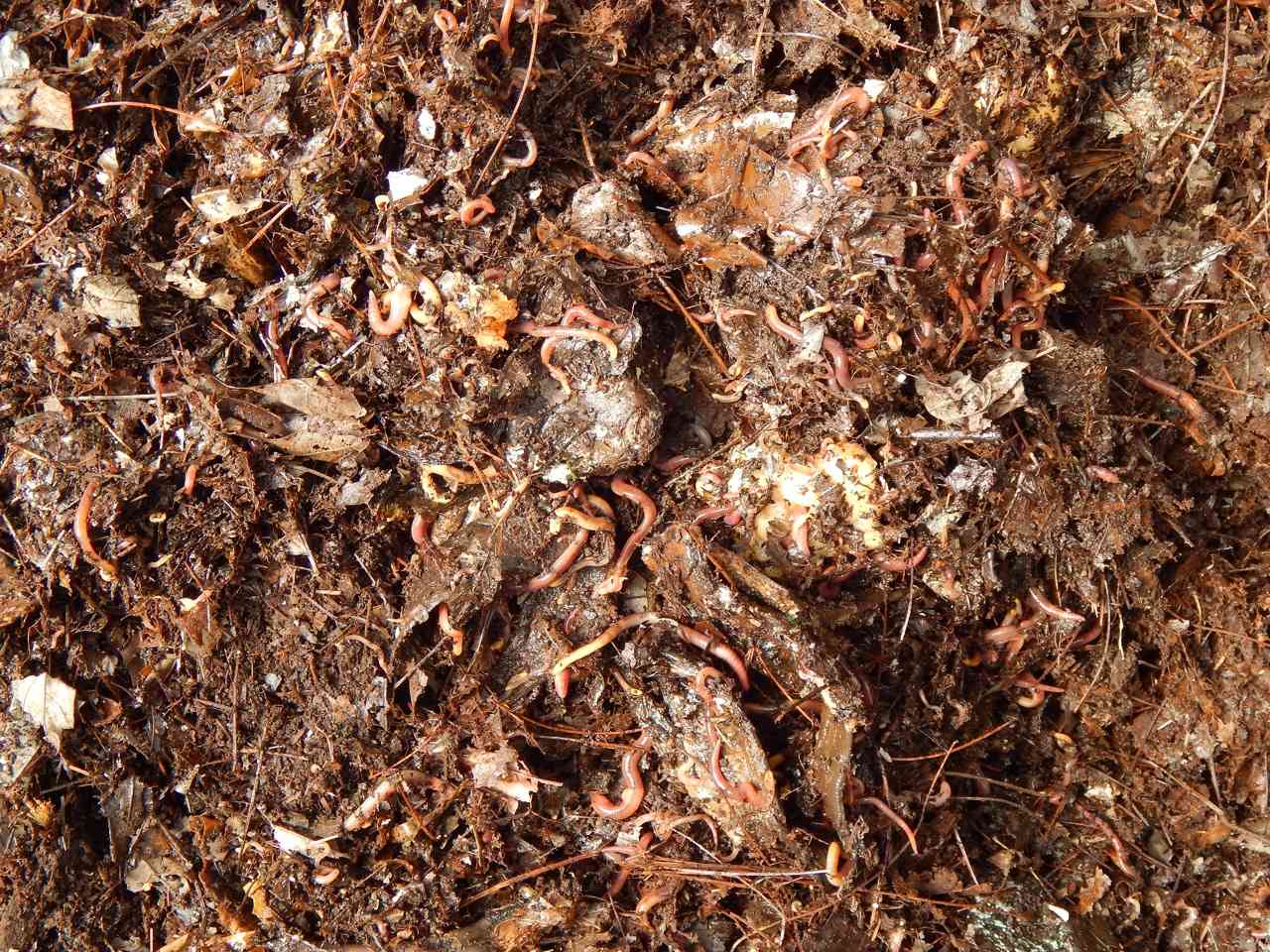 Are you interested in worm composting, but you don’t want or can’t have a worm bin inside your home?

Or have you been worm composting indoors successfully, but just aren’t able to create enough of their awesome compost in such limited space?

In many climates, it’s quite possible to create large worm bins outdoors. Given a little protection, it’s often feasible for worms to survive the winter. My sister and I created a 3 foot wide by 4 foot long by 20” high worm bin inside our unheated hoop house. We harvested 50 gallons of worm castings from this bin this spring! That’s almost $200 worth of compost created in just a few months from a small space. 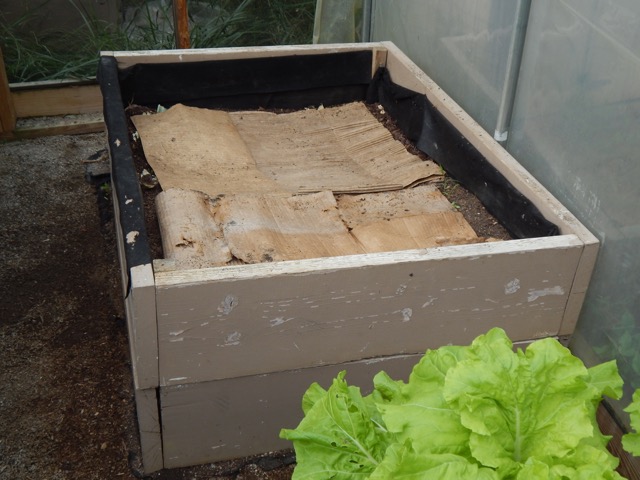 This is our simple worm bin inside our unheated hoop house. It’s 3’x4’x20″ high.

Studies have shown that vermicompost (worm castings) is one of the most beneficial types of compost that you can provide your garden or containers. And it’s pretty expensive to purchase! You can easily spend nearly $30 for a single 40 pound bag.

My sister and I started out a few years ago with an indoor worm bin, which has worked well for us.  However, we eat a LOT of fruits and vegetables, and we found that we always had more peels and food scraps than a single indoor worm bin could handle.

So, we decided to experiment with a homemade worm bin inside our hoop house.  We stacked a couple of old wooden cold frames on top of each other, and filled it full of shredded leaves, chicken manure, grass cuttings, food scraps of all types, and a few handfuls of soil to supply the worms with grit. You could also use moist shredded newspaper and a little peat moss, too. 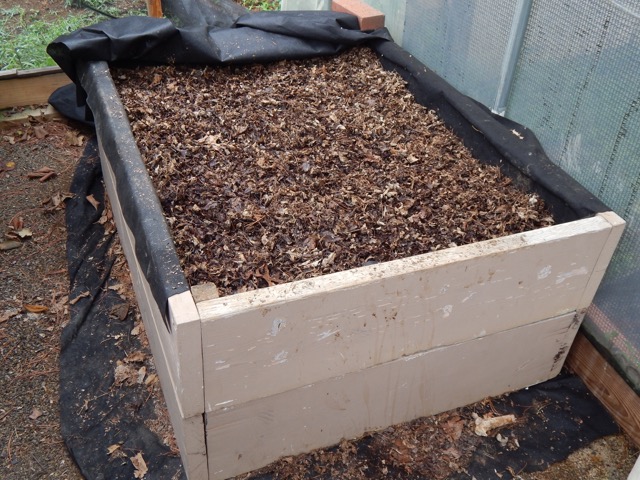 We keep the bedding mixture moist, and add fresh food a couple of times a week.  A scrap piece of cardboard is kept on top of the bedding to shade the worms from the sun and to help reduce evaporation.

Our unheated hoop house (high tunnel) offers plenty of winter protection for our worm bin in our climate. We’re in a southern zone 6b, where it only occasionally drops below 0 F, and most of our daytime highs are above freezing.

Winter daytime temps inside the hoop house are usually around 50-65 F, with lows in the 20’s – though we have a few nights that might drop to the mid-teens. Our worm bin is large enough so that the center stays warm enough for the worms, even when the temp in the hoop house drops below freezing overnight.

Red wiggler worms (the type usually used for composting) can die if they are exposed to freezing temperatures (though the worm egg cocoons can survive prolonged periods below freezing). Some people in climates as cold as Chicago and Colorado have successfully kept worms alive outdoors all winter, often with the use of a large worm bin (sometimes sunken in the ground), a thick insulation of leaves or straw, and a covering of a plastic tarp.

Regularly supplying plenty of fresh worm food (kitchen scraps) also provides a little heat through decomposition (though worm composting is generally a cool composting method). Even if the worms die, their eggs will hatch come spring to start a new population. 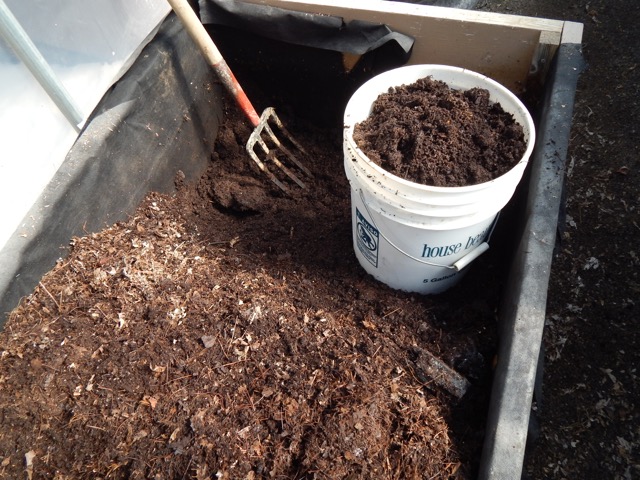 Starting to harvest 50 gallons of vermicompost from our worm bin.

Our outdoor worm bin has been easy to create and manage, and we can harvest a large amount of high quality compost from it a couple times a year. In fact, it’s worked out so well for us that we’ll be selling our indoor worm bin and just using the one outside.

What’s been your experience with worm composting?