How To Protect Your Garden From Voles - Abundant Mini Gardens

How To Protect Your Garden From Voles

One of the advantages of winter gardening is that there are generally very few pests to deal with during the cold season. But one major pest you need to watch out for are voles.

Voles are small rodents that look like mice, except they usually have smaller eyes and ears, a stouter body, and short tails. They are sometimes called field mice. They eat a wide variety of vegetation – seeds, tubers, nuts, fruit, bark, green leaves, juicy stems, succulent roots, and more. Although they pose a threat to your garden year-round, they can do a great deal of damage in your winter vegetable garden and fruit orchard. They love fresh, tasty food during the winter as much as we do! 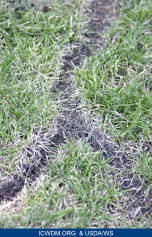 There are many different species. One thing they all have in common is that they breed early and multiply quickly!  They can often become pregnant at just a few weeks of age, and can have several young 5-10 times a year.  You can often spot the surface runways that they create. They can also tunnel through soil, eating the roots of plants underground. You may not even realize that you have a vole infestation until a large numbers of plants start dying!

Voles Can Damage Your Garden

I started noticing a problem in my hoop house in the summer of 2013. Many of my young plants were being eaten, even those in my waist-high containers. The Sluggo organic slug bait I was using was disappearing overnight (voles consider this bait a treat, and it doesn't hurt them). I finally realized how bad my problem could get when a half-grown broccoli plant was chewed down and most of its leaves gnawed away. 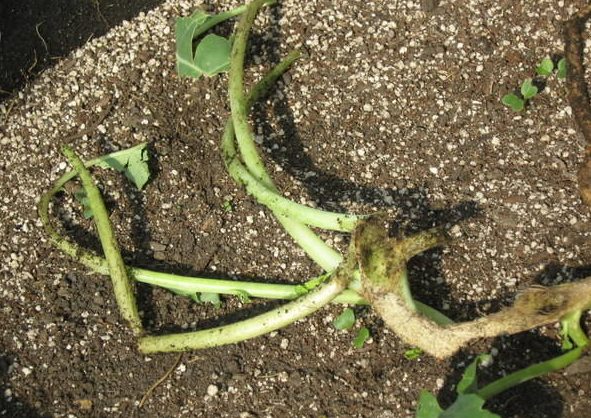 The voles gnawed away most of the stalk of this half-grown broccoli plant, and ate all the leaves.

I broke down and started setting out mouse traps. I didn't bother using any bait. I just set the traps so that the trigger side was up against a wall. Voles prefer to scurry along the edge of a room, and will trip the traps just by trying to cross them. 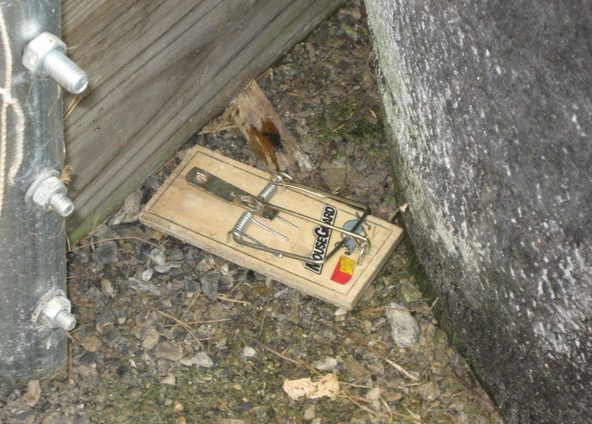 You can catch voles by using ubaited mouse traps and setting the trigger end up against a wall.

I caught 18 voles in just three weeks. And my plants are finally getting a chance to grow again!

Voles are the main reason that I no longer plant potatoes on the surface of the soil, covered with mulch.  Years past, I've pulled away the mulch, only to find the chewed remains of my potatoes. So, I now plant the potatoes several inches deep before I mulch them. Most of my potatoes survive to harvest if they grow under the soil.

I've had voles invade my cold frames, too.  They particularly loved chewing the juicy stalks of my endive plants. Voles even like to chew up my row covers to add the material to their nests!

How To Control Voles

By early winter, I remove the mulch around the base of my fruit trees. Voles love to hide under the mulch while they eat the roots of the trees. However, they can do a lot of damage by hiding under snow, too!

It's a good idea to maintain a closely mowed lawn at least 20 feet around your mini fruit garden and vegetable beds. It provides less cover for the voles. They love dense vegetation, weedy areas, deep mulch, and loose soil. Voles also like to nest in wood piles or under debris, so keep your yard and garden area picked up and clean.

I generally prefer to try to control voles with habitat modification and traps. I'm not particularly fond of using poisons, due to the risk of poisoning other animals, including those that eat the dead vole bodies. And it is dangerous (and illegal) to use these poisons in or around food gardens.

If you would like to learn more about controlling voles, here is a link to a great educational webinar from the Internet Center for Wildlife Damage Management:

You, too, can feast year-round from your small backyard!